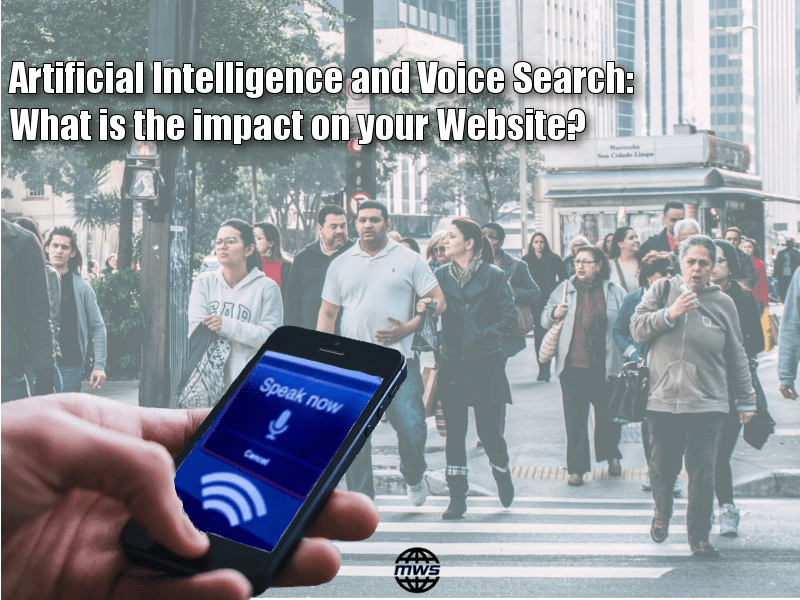 It has never been more important to search engine optimise your website for Artificial Intelligence and Voice Search than now. Searches using mobile devices have now over taken searches on computers. The problem with using a mobile device to search is that typing on a small screen is not comfortable or convenient. Over the last few years there has been a rise in virtual assistants and voice activated searches. Apple has “Siri”, and Microsoft has “Cortana” which has been incorporated into Windows. Both answer questions and provide information using the user’s voice commands. Google has a voice activated app called “Google Assistant”. Digital Assistants such as Amazon’s “Alexa” and “Google Home”use voice commands to perform simple chores for end users, such as adding tasks to a calendar; providing information that would normally be searched in a web browser; or controlling and checking the status of smart home devices, including lights, cameras and thermostats.

Google’s first attempt at what is known as “conversational search” was in  2013 when Google introduced a new algorithm called Hummingbird to process user’s queries. Traditionally search engine algorithms focused on individual words or short phrases when determining their search results, Conversational Search pays more attention to the query as a whole so that every word in the query is important. Let me give you an example. In the past the search” how do I know if I have diabetes?” would have focused on “diabetes” and resulted in general descriptions of the medical condition. Conversational Search looks at the whole phrase  and should result in descriptions of the condition along with preventative behaviour and possible treatments etc.

The latest addition to the search algorithm is something that Google call “RankBrain”. RankBrain uses artificial intelligence to take huge amounts of written language and translate it into mathematical entities known as vectors which the computer can process. If RankBrain sees an unfamiliar word or phrase, it can make a prediction as to which words or phrases might have a similar meaning. The result is that RankBrain should be more effective at handling never-before-seen search queries. According to Google, RankBrain is the third-most important signal they use in ranking your website.

Artificial Intelligence and Voice Search and the impact on your Website

Artificial Intelligence and Voice Search which is currently used on mobile devices and computers will in the future be integrated into any number of new devices.

Chris Marentis on Search Engine Land recently listed some of the changes he expected to occur as a result of voice based searches:

• More conversational way of searching.
• Providing direct answers in content, almost in a natural way.
• The need to optimize for more long-tail keywords.
• Increased emphasis on sentences or phrases and less on keywords.
• Tagging and semantic search playing a greater role.
• Google and other voice apps may provide data and stats on search queries and results.
• If there is a movement towards special tags or markup for voice, that will involve learning and implementation.
• Greater need for optimized images and videos.

Make sure you use schema markup on your website to optimise it for voice-activated search.